Columbus Criminal Defense Attorney Near Me

“As a Columbus, Ohio criminal defense attorney, how can you represent those people?” I call it the “Question,” and it has been asked to me about my clients many times over the years. The “Question” always causes me to think about those clients and remember their faces and all the different facts and legal issues in their cases. But the common connection was that each found themselves facing charges leading to a legal fight with the government and needed experienced and zealous legal representation by an experienced Columbus, Ohio criminal defense attorney.

I tell those people that ask me the “Question” about the murder conviction reversed on appeal, about the D.U.I. charges reduced, the not guilty verdicts and the many dismissals after more investigation discovered that witnesses were not telling the truth. Now, as a Columbus, Ohio criminal defense lawyer, I tell them of a recent case where a my client, a college student, was charged with multiple counts of rape arising from an incident at his school. The Detectives did little investigating before charging and arresting my client on rape charges. But after he was released on bond, my Columbus, OH criminal defense law firm did our own investigation and presented evidence not discovered by the Detectives. After being presented with the new evidence, the Prosecutor decided not to seek an indictment. While my client is free, he will never forget being arrested and charged with a crime he did not commit. 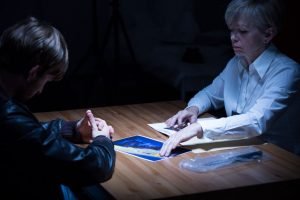 In today’s criminal justice system, experienced and aggressive legal representation is needed now more than ever before. The Legislators have taken tremendous discretion away from trial judges while, at the same time, making criminal sentences difficult to appeal. The Federal Courts have always imposed harsh if not draconian sentences. Unfortunately, the State Courts have followed suit with severe penalties in drug and white collar crime cases. In fact, many “Drug Task Agents” have told me that they now prefer to charge their cases at the state level rather than federal, because the penalties are more severe. For example, an individual in Ohio who is charged with selling more than 10 grams of heroin faces a presumption of a prison sentence even if he has no criminal record.

For the past 30 years, my Columbus, Ohio criminal defense law office has represented individuals charged with criminal offenses ranging from murder and rape to insider trading and tax or mortgage fraud. My goal has always been to make sure my clients’ side of the story is heard, that the system treats them fairly, and the best possible result is reached. Before hiring a criminal defense lawyer in Columbus, Ohio, call criminal defense attorney Joe Edwards, and sit down/meet me for a free consultation.