Although legal in some states, Ohio’s archaic laws continue to criminalize the sale and possession of marijuana. Set forth below is a summary of Ohio marijuana law and the amounts a person can possess that constitute either a misdemeanor or felony charge in the Columbus or Central Ohio areas.

A. Possession of Marijuana

These levels illustrate Ohio’s attempt to soften criminal penalties for recreational users of marijuana. Unfortunately, Ohio law becomes more punitive as the amounts of marijuana increase. Possession of marijuana in an amount of more than 200 grams but less than 1000 grams, i.e. 1-2 pounds, is a felony of the fifth degree and, in theory, punishable by a term of incarceration. Rarely will a judge in Columbus, Ohio send a person to prison for possession of marijuana at the low felony levels unless the person has a lengthy record or possessed a firearm during the offense.

However, the possession of more than 10 pounds or roughly 4.5/5.0 kilograms becomes an extremely serious offense. As such, if charged with possessing more than 5,000 grams, a person faces a felony of the third degree with a presumption of a prison sentence. As the amounts increase, a person can face mandatory prison sentences which prevent earl release and the opportunity for some programs within the institution.

The sale of any amount of marijuana is a felony offense in the State of Ohio. As with other drugs, the felony level of the offense and the punishment increase as the weight of the drug increases. For marijuana dealing/trafficking, the offense becomes more serious when the amount is greater than 5000 grams or roughly 10-11 pounds. The sale of marijuana in this amount is a felony of the third degree and the statute carries a presumption of a prison sentence. The offense rises to a felony of the second degree if the sale/trafficking occurs within the vicinity of school or juvenile. This enhancement applies whether or not the school is in session. Likewise, the enhancement regarding the juvenile applies whether or not the juvenile is involved in the transaction.

For the most part, the Criminal Justice System treats marijuana dealers and possessors much better than those that deal in cocaine, heroin, or other more powerful and addictive drugs. But Ohio law still criminalizes marijuana and anyone involved in dealing large amounts should retain an experienced lawyer if contacted by law enforcement. 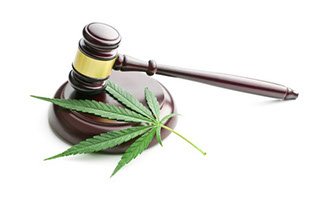